Followers do most of the action in battle, directly attacking enemy leaders and followers. Some have other useful abilities in addition to attacking. 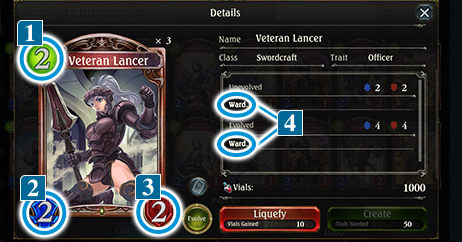 Starting in the middle of the game, players can evolve a limited number of followers.

Tapping on a card opens a window showing the card's details. This window contains detailed information about the unevolved and evolved forms of followers.

Tapping the Evolve button from this window evolves followers. Evolved followers might gain attack, defense, and other useful effects.

Retrieved from "https://shadowverse.fandom.com/wiki/Follower?oldid=4462"
Community content is available under CC-BY-SA unless otherwise noted.